Listen Listening Journalist Jonathan Waldman travels from Key West, Florida, to Prudhoe Bay, Alaska to learn how rust affects everything from the design of our currency to the composition of our tap water.

There are thousands of working dogs all over the US and beyond with incredible abilities—they can find missing people, detect drugs and bombs, pinpoint unmarked graves of Civil War soldiers, or even find drowning victims more than two hundred feet below the surface of a lake. While America is the most medically advanced place in the world, many people bypass modern medicine in favor of using their faith to fight life threatening illnesses.

According to our next guest, children suffer and die every year from treatable diseases, and in most states it is legal for parents to deny their children care for religious reasons. This exploration of corrosion, and the incredible lengths we go to fight it, is "engrossing Watching things rust: who would have thought it could be so exciting" Natural History.


But don't let that fool you. This look at corrosion-its causes, its consequences, and especially the people devoted to combating it-is wide-ranging and consistently engrossing. Waldman makes rust shine. At one point, a canning executive hostile to Mr. Waldman's skill and perseverance that this book proves that man so thoroughly wrong. Waldman does a masterful job of interweaving elements of the science and technology.

Waldman's gift for narrative nonfiction shines in every chapter.

The Largest Rust Battle Ever Recorded!

Watching things rust: who would have thought it could be so exciting! The relentless, destructive process has downed planes, sunk ships, crashed cars, dissolved priceless artifacts, and committed countless other crimes of corrosion. Waldman uses our long war with the iron oxide.

Don't be put off by the subtitle, The Longest War. Waldman has embarked on the opposite of a slog.

In doing so, he adds luster to a substance considered synonymous with dullness. A book of nonstop eye-opening surprises. Brilliantly written and fascinating. Impossible to put down.

What a remarkable, fascinating book this is. The clarity and quiet wit of Waldman's prose, his gift for narrative, his zeal for reporting and his eye for detail, these things and more put him in a class with John McPhee and Susan Orlean. 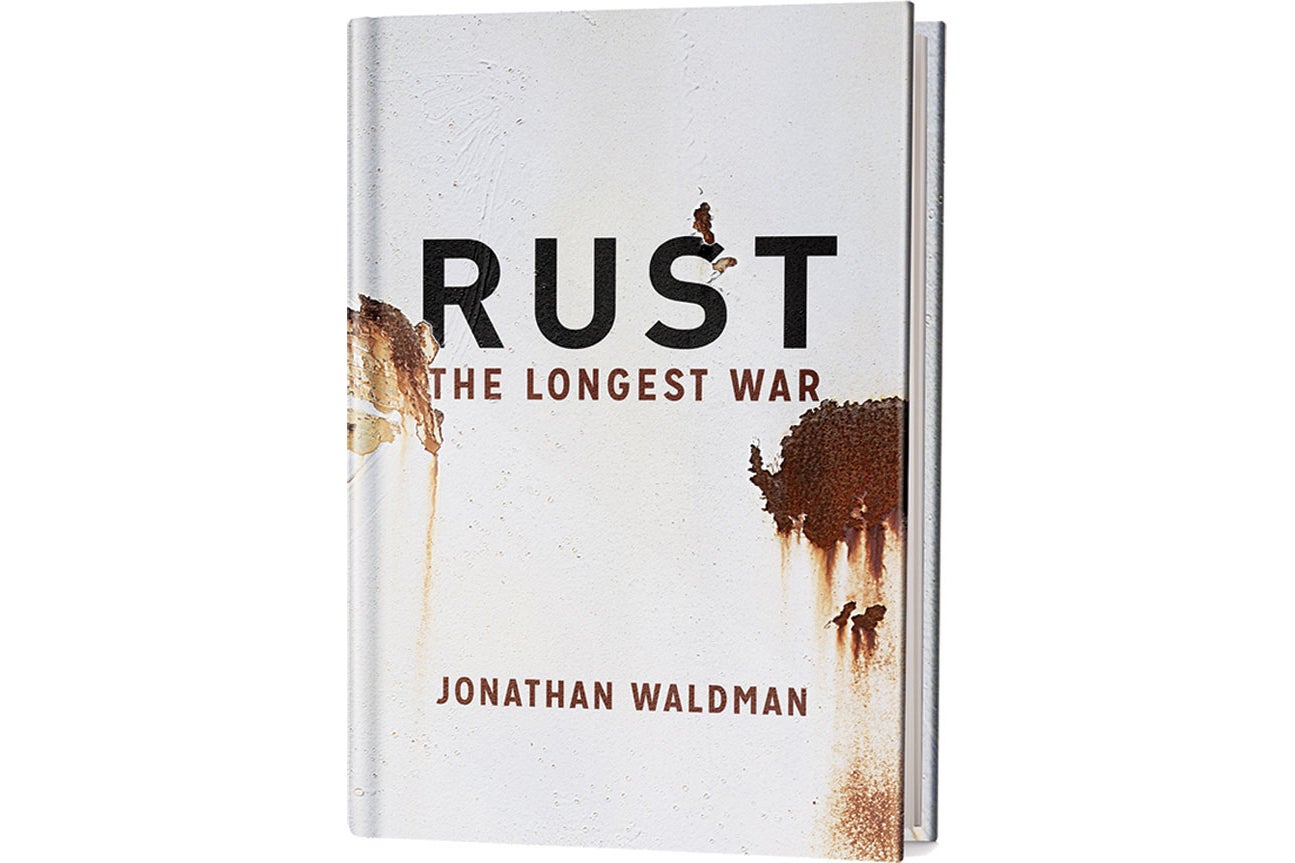 Part adventure, part intellectual exploration, part pure fun, it will make you see both rust and life on earth in a new way. That's a good reason to love rust. A silent rebuke to the hype of the modern, it never stops its good work of blunting the cutting edge. Jonathan Waldman weaves together cultural history with a history of the stuff on which culture is built, showing how the drama of human striving and renewal are inescapably tied to limit and decay.

A detailed, fun read with a valuable reminder that every seemingly irrelevant item we take for granted each day is front and center for someone else.